The Adelaide Hills is at the centre of South Australia’s wine country.

The Adelaide Hills is Australia's most vibrant cool climate wine region. With over 90 wine labels and 50 cellar doors, it is acknowledged internationally for its distinctive premium wines, viticulture and stunning scenery.

The region is located in the Mount Lofty Ranges east of Adelaide, the capital city of South Australia. Stretching in a narrow band approximately 70km long, the highest vineyards are sited between 600-650 metres altitude in areas such as Crafers, Summertown, Piccadilly and Carey Gully.

The Adelaide Hills is one of the largest geographical wine regions in Australia, and amongst the most diverse in terms of climate, soil and topography. The region consists of two registered sub-regions, Lenswood and Piccadilly Valley.

Bordered by the Barossa Valley to the North and McLaren Vale and Langhorne Creek to the South, the Adelaide Hills is the cool climate jewel between our warmer lower lying cousins.

Importantly the Adelaide Hills is also the closest Wine Region to the CBD of Adelaide making it a favourite quick getaway, weekend long lunch or cellar door tour destination. 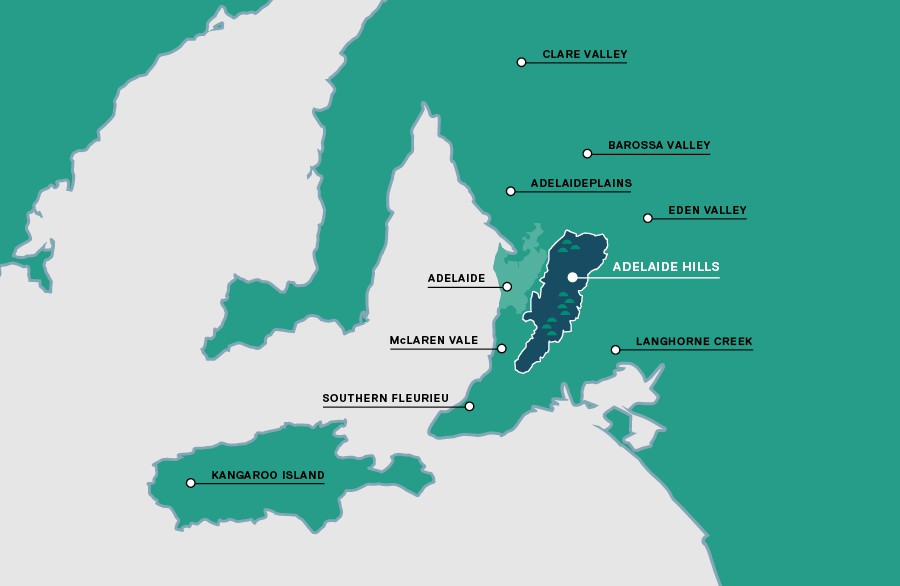